Mobile 1 was sent to the location to check. Thankfully all life-rings were fixed by the member of the public before we arrived, some are missing. We would urge everyone to report damaged or missing lifebuoys on the link attached, also ring the Gardai if you see someone interfering with them.
We received the following from a concerned member of the public. Which highlights the abuse the liferings have received recently.

“Was down for an early morning walk this morning at Maiden Tower which was lovely, what I encountered on arriving and all along the river was not. When I arrived the ring bouy at the barrier was strung up over the barrier and hanging down from the centre of it. I took it down and replaced it in its container. Then all the ring bouys from the tower up to the beach walkway had been removed two were lying on the ground nearby 1 of which had the rope missing. I couldn’t find any of the others. Last Tuesday week having come back from an evening paddle we heard shouting coming up the river it was almost dark so couldn’t see much but it seemed that a man was walking from the beach up river removing the ring bouys and throwing them in the river. He was being followed by another man who was walking his dog who was retrieving and replacing them. What we had heard was the argument between the two as the second man seemed to be trying to get the first to stop. The first man seemed to be ranting on about something and was obviously not in his right mind. I just wanted to make you guys aware of it as seeing the missing bouys today made me think this was not just an isolated incident. I am not sure if anything can be done or who the right people to get in touch with but we all know the importance of having these ring bouys along the river. This was only highlighted by the rescue of a woman in Drogheda using one last week”,

Please report anyone seeing interfering with life-rings to local Gardai, u can also let us know here, or report it on the website. 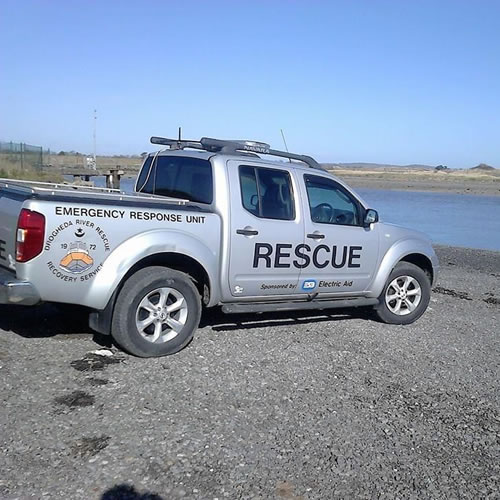